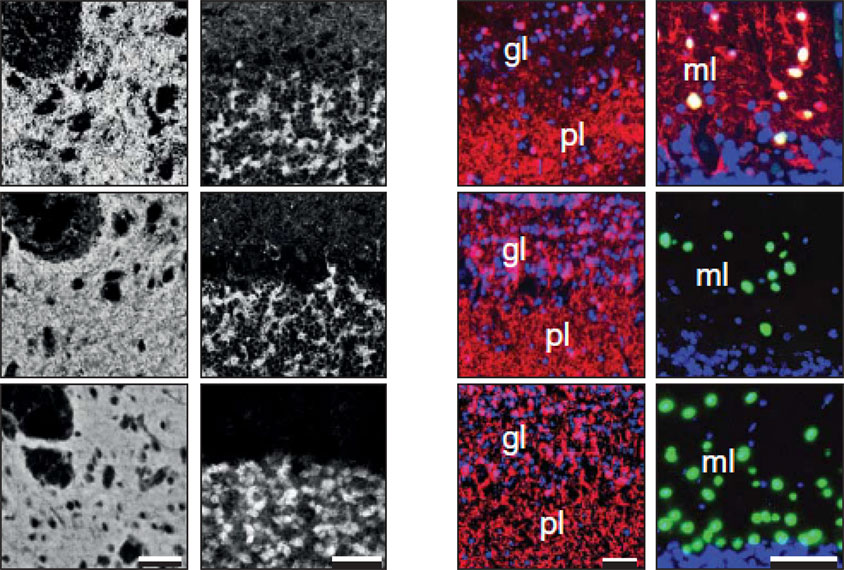 A comprehensive new atlas maps where and in what quantities proteins are expressed in the brain. The expression patterns could spur new research on the biology of autism and related conditions1.

The atlas is one of six within the Human Protein Atlas, a free resource that tracks proteins in other tissues as well.

Researchers in Sweden, Denmark and China together assembled data on nearly 20,000 protein-coding genes in the human brain. The teams combined new and existing data on gene expression in 10 brain regions, including the basal ganglia, cerebral cortex and cerebellum, all of which are implicated in autism.

The atlas shows, for example, that levels of some proteins are at least four times higher in the cerebellum than in any other brain region. Two genes with increased expression in the cerebellum, RELN and CADPS2, are linked to autism.

The atlas also includes more than 15,000 genes in mouse and pig brains, allowing for comparisons across species. In some regions, such as the cerebellum, the expression patterns in humans resemble those in pigs more than they do those in mice, suggesting that pigs might serve as better models of human conditions, the researchers say.